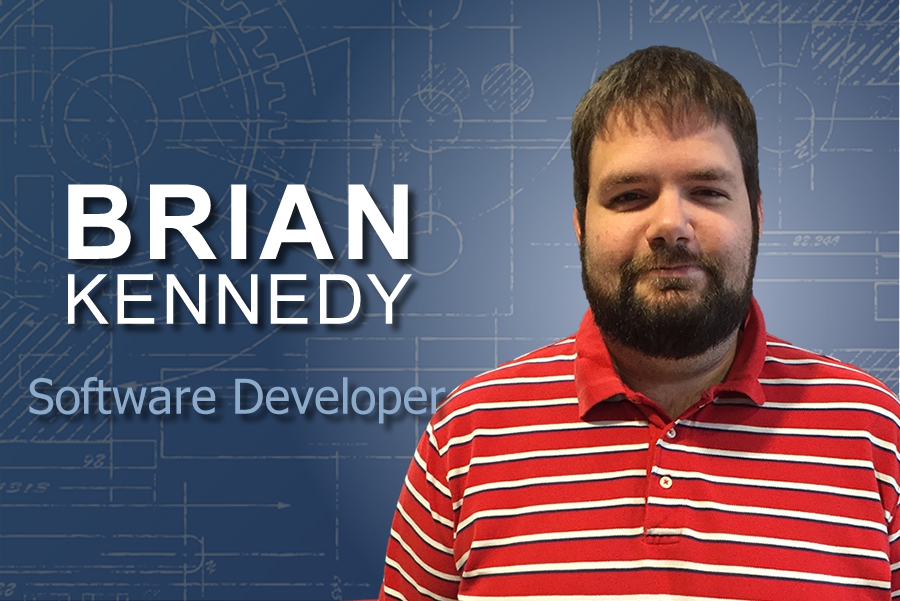 Prism Systems is excited to introduce our Software Developer

Prism Systems is excited to introduce our Software Developer Brian Kennedy, who joined the team last August. Over the past six months, Brian has been hard at work to develop and support new and existing software for several Prism clients and multiple platforms.

"I have worked on several projects since I've been here and all of them have been something completely different as far as the technology used and needed, as well as the type of client the software is for," Brian said, adding that the variety of projects and the atmosphere have been his favorite aspects of the job so far.

Brian graduated with a degree in Information Systems from the University of South Alabama before he began his career as a web developer for a software company in Mobile, working with professionals in the medical field to build their client facing applications to help better address patient needs. He then moved on to a catastrophic insurance firm, where he developed and maintained new and existing software for insurance adjusters and internal staff members, before he made the shift to Prism.

"The type of work here was very intriguing and something that I have not done in the past," Brian said. "I am always striving to learn and do new things and I felt like the move to Prism Systems was going to help me further grow professionally."

After office hours, Brian enjoys playing disc golf at the local Mobile parks and has also been known to pick up his guitar from time to time, which he has been playing for several years. He also trains in Brazilian Jiu-Jitsu, where he is currently a blue belt.