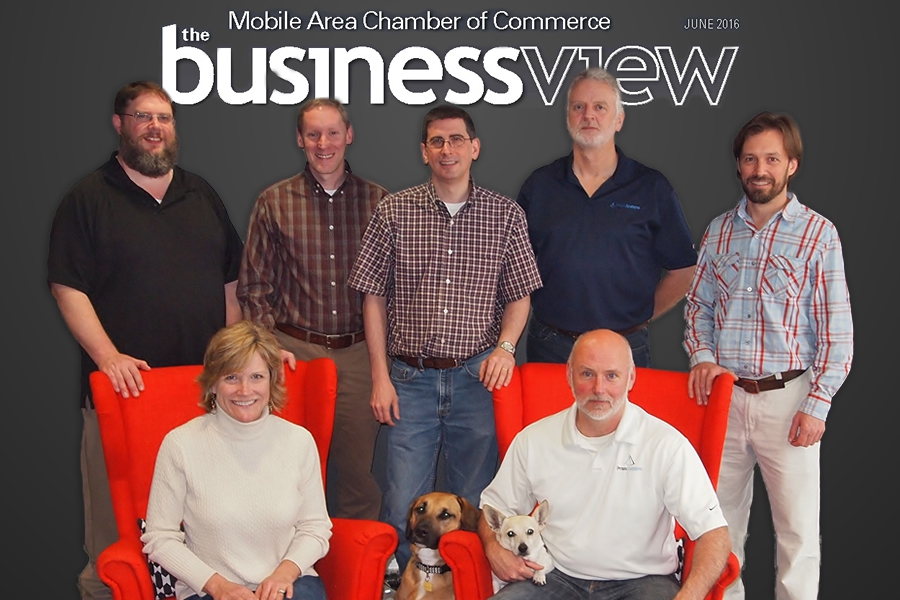 At this time of year, many families are heading to their favorite amusement park for summer vacation. And if you are (or have in recent history), then chances are your roller coasters, water rides and highdefinition virtual attractions are guided by Prism Systems.

The company's work also influences your favorite candy bar, doughnuts or soft drink, or even a bottle of rum. Roller coasters, food and beverages are only a few examples of thousands of products this Mobile-based company impacts.

While Prism's client list is proprietary, what the company does is no secret to those seeking unique, customized solutions. Prism provides systems control software to Fortune 500 companies and other customers in 41 states and 31 countries in 12 key industries, such as energy, food and beverage, entertainment, government, Need Speed? Mobile-Based Prism Systems Has It, and More oil and gas, pulp and paper, education and more.

In layman's terms, Prism develops tailored software that tells a computer or operating system or machine what to do and when to do it. In the beverage industry, the program may tell a machine how much of an ingredient to add, when to stir the batch or how fast the mixer needs to go.

"When controls make the decisions on quality, you get consistency. When people make decisions, you can get variations," says Alex Lynch, Prism's vice president.

The software can also instruct how to fill individual containers, weigh the finished product, put on the logo, wrap it and ship it.

In the company's research and development division, Prism is creating devices that talk to existing operating systems. For example, a device can be connected to a vending machine and report the transactions of the day, explains Hassel. With that information, the vending company knows when to send someone to restock or collect the cash.

Other recent R&D projects include designing a fast food kitchen from an energy perspective and working with robotic controls in the aerospace industry.

The results vary by industry, but making more efficient, safer, less costly and better quality products are a few things Prism customers are counting on.

Keith Jones, one of the company's three founders who serves as president, says he was first "teased with the entrepreneur bug" when he was working with a professor at Auburn University. Jones has a chemical engineering degree and was working in the paper industry in Ohio. He quickly realized his future was in controls and returned to Auburn to pursue an electrical engineering degree.

While he was there the second time, a professor started a company and hired students to work. "We were given stock and big titles," he said. "We did everything from setting up the books to designing circuit boards."

After completing his electrical engineering degree, Jones continued to work for his former professor's company. In 1989, he moved to Mobile to start Prism Systems with two other engineers.

As part of the company's growth strategy, Prism bought a product line and some of the assets from Microtie Software. Some of the Microtie employees also joined Prism, and many of those are still with the company. And Jones has since bought the other two founders out.

Today, the company has among its 58-employee roster a multidisciplinary team of engineers, including electrical, computer, mechanical, chemical and aerospace, as well as software development programmers.

The majority of Prism's employees are Mississippi and Alabama natives in the Mobile area who find themselves working in exotic locations such as Africa, Brazil, Ecuador, Trinidad, China, Southeast Asia and Europe, says Jones.

"We have a culture of pushing the edge of technology," says Jones. "We're constantly looking for new and more innovative ways to do things."

Prism Systems is in growth mode. Recently, the company maxed out its Virginia Street headquarters and bought a 7,500-square-foot building just a half-block north for its R&D lab, conference facilities and an electrical panel shop.

The company also has plans to add 16 employees over the next few years. In addition to its Mobile headquarters, Prism has offices in Birmingham and Glendale, Calif., and an assembly facility in McIntosh that has expanded from its initial one bay to three.

Jones predicts more manufacturers will come to the United States, but as highly automated processes. "The days of people on a manufacturing line making things are gone forever," he said.

Read 9942 times
Last modified on Wednesday, 18 January 2017 09:50
Tweet
More in this category: « Prism Systems is excited to introduce our Software Developer Cooking Our Way To A Cure for Cancer »