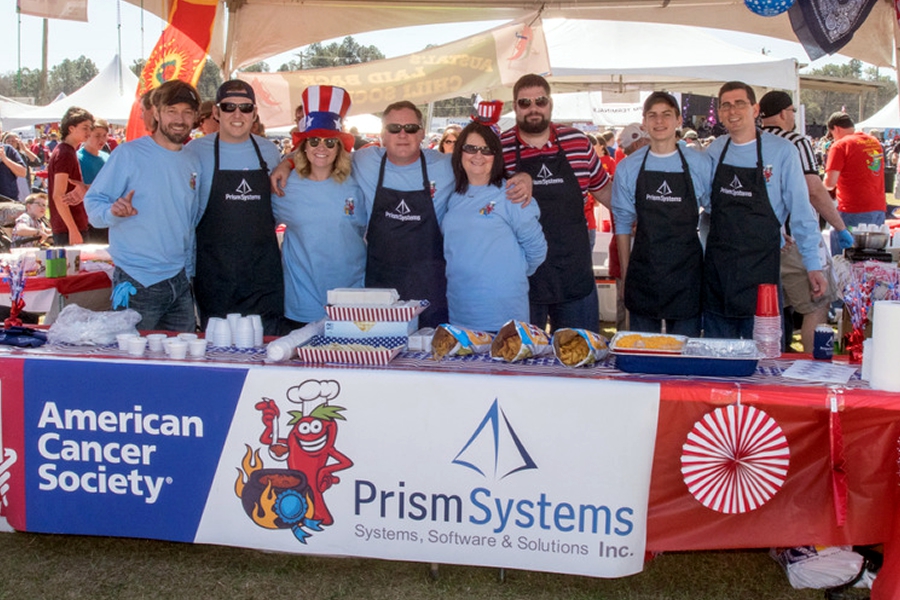 Cooking Our Way To A Cure for Cancer 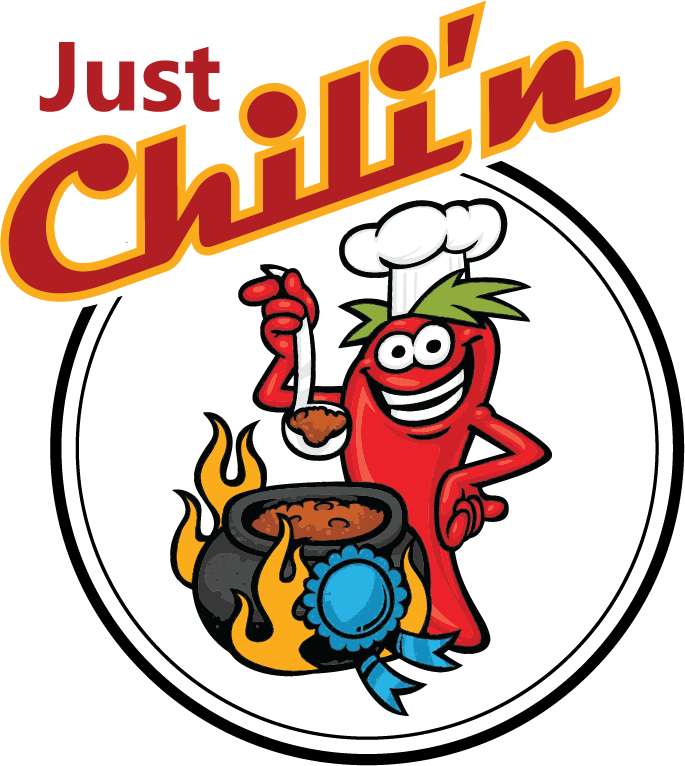 For the 8th year, we at Prism, led by our fearless leader Eddie Herrington, Project Manager, have cooked chili for a crucial cause — cancer research for a cure.

The 27th Annual American Cancer Society Chili Cook-off was held March 5, 2016, at The Grounds. The huge event raised more than $185,000 to help teach the importance of early detection, for patient services such as prosthetics, and for lifesaving research to find a cure.

For our team, victory was elusive yet again, but the payoff is huge: team camaraderie and helping with a cause close to us.

"Maybe one year we will win, but that's not really what it's about," says Eddie, whose wife is currently undergoing treatment for breast cancer. "It's a great opportunity to give back, and a large part of the company takes part."

The Prism set up is what you would expect from a team of engineers;
the team has perfected the double boiler set up with a huge custom pot made from half of a propane tank, commissioned by Production Manager Darwin Lynch. "It's actually a fairly impressive setup," Eddie says.

Eddie has led the team for five years, but he is quick to mention that the learning curve was steep. "When Keith (our owner) asked me to lead the team, I had never cooked chili like that before – I had never made it from scratch," he says. "And, when you have to make 15 gallons of it, it's kind of daunting. I started out looking for a chili recipe, and my goal was to find one that didn't require any chopping of fresh vegetables because everything (all 15 gallons of it) has to be prepped on site. I found a recipe, and my wife and I went to a Mexican grocery and began picking out peppers. The first batch was so hot we couldn't eat it."

After four years competing in the meat-only category — "My thought was there aren't as many teams in that category, so we had a better chance," says Eddie of the strategy — this year, we opened up recipe selection to the entire company.

A chili with beans by Ron Knight, Engineering Manager, was a clear winner, but our story doesn't end there. The day before the cook-off, Ron had a last minute scheduling conflict and was not able to attend. "I had never cooked Ron's recipe, but we made it work. It was a challenge, but still a lot of fun." Eddie explains. In the face of challenges — culinary or corporate — the Prism team always seems to come together.

And maybe next year, we may win...